The Star Wars Prequels Were More Creative Than The Force Awakens

I know I'm going to get crap for this--but before you throw that crate of tomatoes... 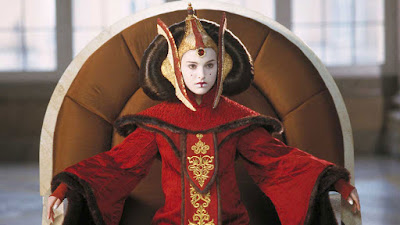 Say what you will about the George Lucas' Star Wars prequels (episodes I, II, and III), one thing that you cannot take away from them, despite flaws in the story and Jar Jar Binks, was that they were infinitely more creative than The Force Awakens.

I loved The Force Awakens and am a fan of the original trilogy, but visually, from a design and production standpoint, the prequels were stunning to look at. The new characters were exotic and interesting, even the ones that smacked of racial stereotypes. All our criticisms of those films had to do with story and casting, but the costumes, headdresses, ship and set designs, and characters were extremely novel, and Lucas directed them expertly. Lucas showed us a Jedi order in its infinite diversity--knights from all over the galaxy in all shapes and colors. The pod races on Tatooine were fun and exciting. Yes, the race might have been shorter and been written with more important context to the overall story, but Lucas has said over and over he always saw Star Wars as a soap opera for kids. Kids loved the pod races. Staying true to his belief, Lucas, as an artist, delivered the vision he intended.
Read more »
Posted by Edward Lazellari at 2:09 PM 2 comments