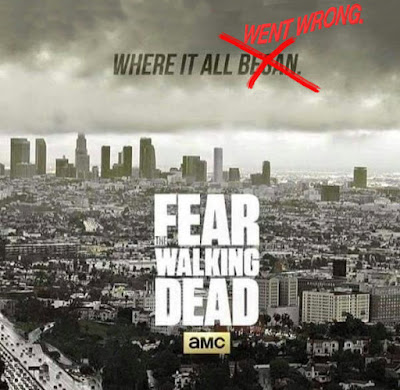 I don't normally blog to slam creative work, preferring instead to focus on the things I like and have merit for success; but on that rare exception, when it's obvious that the sole reason for a series was financial instead of creative, and a half-hearted effort went into its writing, I have no qualms about speaking my mind. When I watch a zombie show, I expect to cringe at the gruesomeness of the undead eating people I've grown to love...people I am rooting for to live and be happy. When I am instead cringing at flaccid dialogue and actions that have no bearing on reality, I know there's a problem.